Printer's Proof wouldn't have been possible without a chance meeting in Italy in 2002.

2002 was the year Kell Johan Frimor started his training as a Master Printer and Engraver at Fondazione Il Bisonte. Same autumn Olga Zolin began her Bachelor's degree in Art History at Florence University.

One October afternoon Olga's roommate, invited her to meet her friends, from Il Bisonte, where she met Kell for the first time.

2005 Kell gets his first job as an intaglio printer, at Borch Editions, in Copenhagen were he prints for Superflex, Tal R, João Penalva and Olafur Eliasson among others.

Following university graduation, in 2006, Olga moves to Venice, where she starts working at the Peggy Guggenheim Collection.

In 2008, after four years apart without any contact, Kell and Olga meet again. This time in Tel Aviv Olga's hometown. Kell had just received a position as Master Printer at Har-El Printers and Publishers. It was an important reunion. From now on Olga & Kell are inseparable. 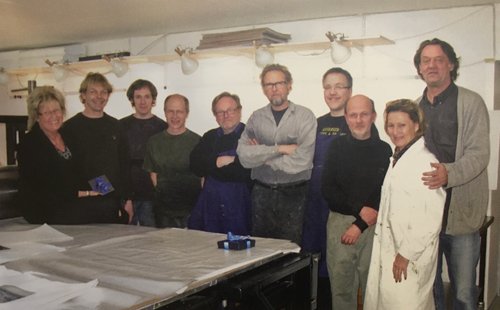 "Working with a talented Master Printer at Printer's Proof set you free to focus on the inner journey the artistic process is. Kell and Olga assist me in removing any technical obstacles or difficulties I encounter on that journey. I am so grateful that I found this place in Valby, Copenhagen. I never imagined that my printmaking journey would depart from a place so close to my home. To me, and my exploration of colour and artistic space, Valby has become what Houston, Texas is for actual space travelling." 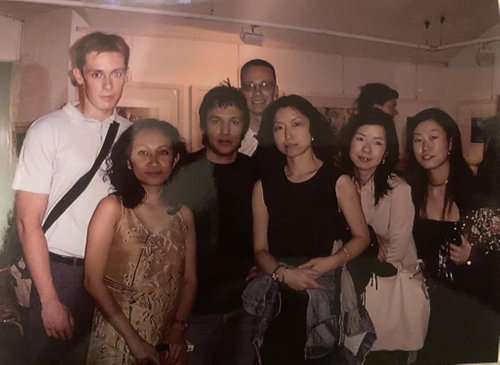 A year later they leave Israel in order to start a life together in Sweden where Kell had obtained a position at Atelje Larsen. October 2nd they get married at the City Hall in Helsingborg.

Olga completes an important chapter in her life when she receives her Master of Arts in Art History from Leiden University, The Netherlands, in 2012.

2013 marks the beginning of the professional union between Olga & Kell as they open Printer's Proof an etching studio, publishing house and gallery. The studio starts its operation in a small cellar in Copenhagen, but soon they move to Håndværksbyen to a one-storey terraced building, from 1953, designed by Danish architect Ole Vinter. 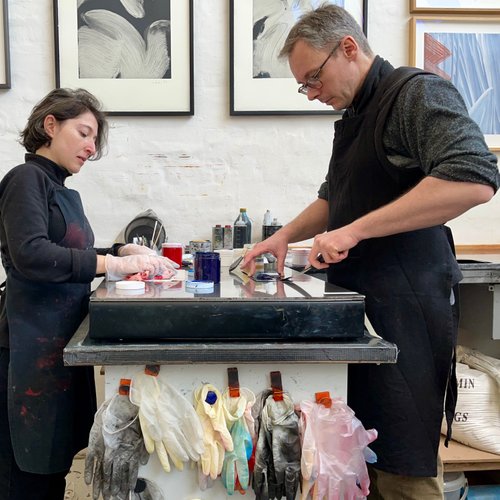