JULIE SASS’ painterly work consists of overlaying partially transparent layers with geometric forms. The interrelation between those forms is also at the core of the artist’s exploration in her etching projects. Here Sass was able to form the partial transparent layers with the help of different printmaking techniques – aquatint and chine-collé.

Shifts in colour and texture are important elements in Sass’ artistic research. Her primer concerns as an artist are space, matter and materiality. When writing about Julie Sass’ artistic practice the Art critic Peter Michael Hornung described it as a process where pictures are built. In fact, Sass’ graphics can be seen as a sort of construction. Each new element in the composition leads to the next.

A STATE OF FLUX

By playing with the composition and modifying the tactile properties of the elements she works with gives her work the feeling of being in a state of flux. It feels like the balance she manages to achieve is momentary and yet, Sass succedes to create a sense of harmony. In fact, Julie Sass’ etchings can be seen as a sort of architecture as each element is essential for the balance of the composition without which the harmony would be lost. This fragile equilibrium, that Sass so skilfully manages to achieve, becomes then the key element of engagement between the viewer and her work. 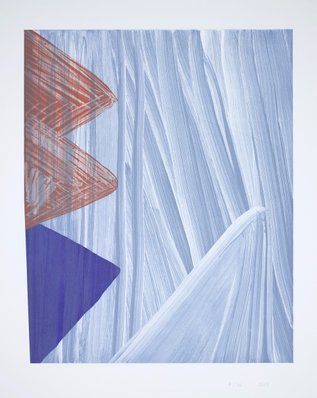 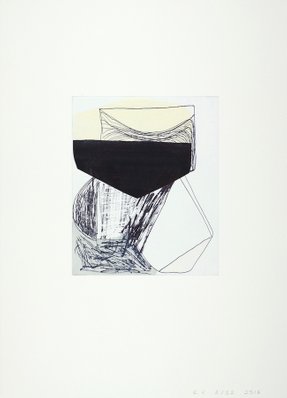