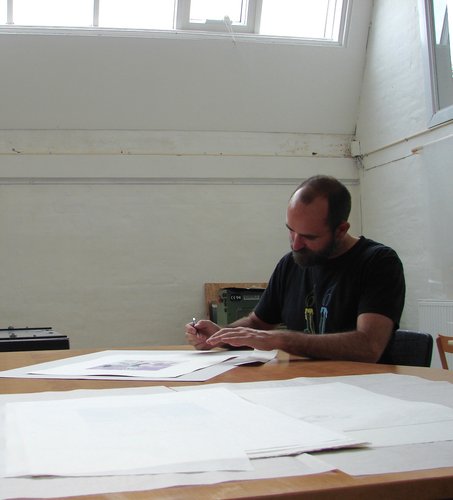 KASPAR OPPEN SAMUELSEN’s work drives impressions from many different sources. It is both rich in references to cinema, art and theatre underlying the performative nature of life. His subjects seem to be either taken from earlier artistic traditions or inspired by European literary fairy tales as they bring to our mind something we have forgotten. It feels as if Oppen Samuelsen will tell us a story, however, he doesn’t bother to give us neither the beginning nor the end. He only presents us with an episode open to our interpretation or rather to our imagination, inviting us to build our own story around his figuration.

Oppen Samuelsen often assembles a single figure from more parts or components. The character’s different body parts often live their own lives disobeying the rules of common sense. For the artist, it presents a way to break from the cannons of figurative representation in an attempt for an ‘escape’ to abstraction. To abandon the control over his characters is a way for Oppen Samuelsen, to keep surprising himself and thus rendering his work surprising also for his audience.

A WORLD OF FANTASY

In his series of etchings, some of the characters remind of what, in the past, would be considered a high-status sitter. However, Oppen Samuelsen doesn’t pursue the objective of communicating dynastic continuity or power. He depicts those pretentious, dressed up cavaliers in a way that renders them foolish and embarrassing. Oppen Samuelsen recuperates them to create a world where one could both dream and laugh again while he glorifies the ridiculous, preferring the world of fantasy to the realms of the 21st century. In fact, his subjects acquire meaning in a universe where they appear irrelevant and outdated. Oppen Samuelsen’s artistically eloquent play with the imagination is an invitation to see not only the tragic but also the comic in life. 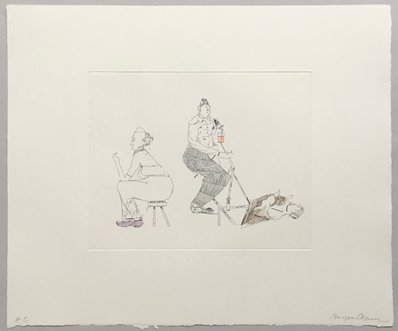 Signed & numbered by the artist
Printed & published by Printer’s Proof